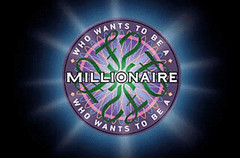 MDC Partners, the holding company
that owns ad agencies like Crispin Porter & Bogusky and Kirshenbaum
Bond Senecal & Partners, is about to launch a “Million-Dollar Challenge.” One (or more) lucky marketer will win million and the chance to run his or her own agency.

Winning a million dollars to start your own digital marketing agency may sound like a great deal, but as with any offer that sounds too good to be true, this one comes with a catch.

In addition to the million that the new agency will win, the creator will have to cede 51% of the company to MDC Partners.

Miles Nadal, the chairman of MDC, tells The New York Times that he wants to be a part of the startup boomlet currently happening in digital:

“It’s a great time, as we come out of the recession, to back
entrepreneurs. There’s such an amazing amount of talent in the world today,
to not capitalize on it would be a lost opportunity.”

According to Nadal, there’s only one criteria for entering:

“You do brilliant work, you want to make brands famous and you want to
drive results for clients.”

According to The Times, “MDC will review the submissions, choose at least one plan from among 10
finalists and invest million in starting it up in exchange for a 51
percent stake in the new shop.”

While starting up your own agency may sound like a dream job, potential contestants should be wary. If you’ve got a truly brilliant idea for an agency, chances are it can progress elsewhere. Once you give someone more than half of your company, it stops being your own. In this case, before you’ve even signed a client.

Infrastructure and hiring costs can burn through a million dollars pretty quickly. Not to mention that one great client could be worth more million once an agency starts doing business.

That said, it could be great PR for the investors, who are excited to own a majority stake in some new business — or many. As Nadal tells the Times:

“If we have five great ideas, we’ll put up million.”

Image: Who Wants To Be A Millionaire