When we first launched the Google Maps API, it was all about a map, a pin, and a dream. Back then our technical documentation was relatively simple, consisting of a couple of developer docs and some code samples. Since then the Google Maps API has expanded far beyond our expectations, due in large part to the diverse and innovative developer ecosystem that has grown with us.

In addition to having all the same developer content that was previously available on code.google.com, the site is designed to highlight and illustrate new features of the Google Maps API through fun and interactive demos. Our goal with developers.google.com/maps is to inspire the next wave of innovation on the Google Maps API, and to connect developers and decision makers with the tools and services that can make their products better. 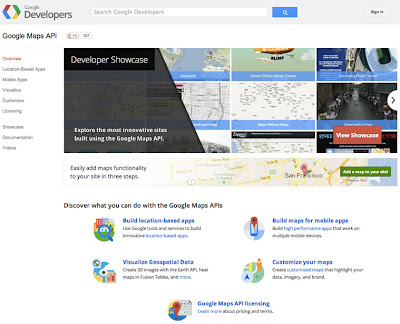 In order to help users discover relevant apps and topics in the showcase, we’ve devised a tagging system that allows you to filter examples both by theme, and by Google Maps API features used. 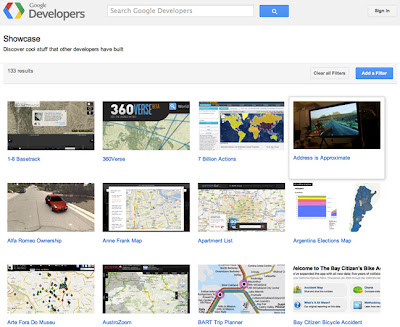 We hope that the showcase and the interactive examples on the new Google Maps API Developers capture your imagination and inspire you with what’s possible using the platform. The imagination of Google Maps API developers has always been what makes the product great and we’re looking forward to seeing what you come up with next.