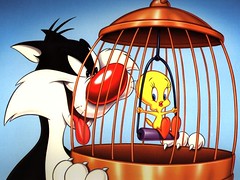 Twitter sparked quite the controversy last week when news leaked that the microblogging service would possibly eliminate the need for many the third party features that have sprung up to support the service.

The company has been historically open to developers building on its platform, letting third parties take care of everything from analytics to mobile apps and photo and video sharing. But that is all set to change soon.

And let this be a lesson. Promises made by a startup aren’t always the kind that can be kept. Especially when they are only implied.

Last week, Twitter investor Fred Wilson wrote a blog post that scared a lot of developers. In it, he wrote:

“I think the time for filling the holes in the Twitter service has come
and gone… It was a great period for Twitter and its third party
developers.

I believe we are entering a new phase now. Twitter is a global platform,
the 33rd largest in the world according to Comscore, with almost 70mm
uvs worldwide in February. It is a large company now with the resources
to service the ecosystem in ways it never could before.”

As my colleague Patricio Robles put it, the post appeared to be “an invitation to developers, but also a warning.”

And Twitter is making good on those warning shots. The company has purchased
mobile app Tweetie, showing that it plans to make a move on
buildling out some of those holes in its business platform. Already the
company has launched a
free Blackberry app. The free iPhone app is eminent.

“When we launched, Twitter was incomplete, so developers rushed to fill
those holes, but eventually we’re going to have to build a lot of
features in because they should be there. We want to
set those expectations.”

In fact, Twitter’s slow moving approach to building out features on its platform has worked as an invitation to others who built popular services filling in the gaps. But this new announcement has caught a lot of developers off guard.

Twitter’s mobile apps are likely to crowd out thriving third parties, just like its choice of Bit.ly as Twitter’s default URL shortener caused controversy last year. SimilarlyTwitter’s Suggested Users Lists (now defunct) proved how much how much sway small decisions made by the company can have. Many twitterers on that list still have followers in the six figures because of it.

Developers aren’t taking the news sitting down. Today Silicon Alley Insider reports that many plan to  “attend secret meetings where they will discuss an ‘an open alternative’
to Twitter.”

Good luck with that. The fact that Twitter moved so slowly to build out its services might have been a bad move on the company’s part. It allowed other companies to build a name off it in areas like mobile, search and photo sharing. As Wilson put it:
“Twitter really should have had all of that when it launched or it should
have built those services right into the Twitter experience.”
Now the company is trying to catch up. But Twitter can’t account for every third party developer when it is working on developing those areas. Despite its popularity, the company is still very much a business in search of a business model.
As Hunch
founder Chris Dixon pointed out in a blog post:

“The real
problem is that somehow Twitter had convinced the world they
were going to ‘let a thousand flowers bloom’–as if they were a
nonprofit out to save the world, or that they would invent some
fantastic new business model that didn’t encroach on third-party
developers.”

Now the company is in a position to pluck out the best of these third party features and incorporate their features. It should be a lesson to companies building out features dependent on other new (and old) services. The space you make for yourself today may not be there tomorrow.
That said, it will be interesting to see what happens next week at Twitter’s Chirp conference, the company’s inaugural developer conference. There are sure to be some vocal attendees expressing their displeasure. And while there are still plenty of routes to revenue that developers working with Twitter can take, we’ll have to wait to see it Twitter can convince them to continue trying to find them.
Image: GraphicsHunt