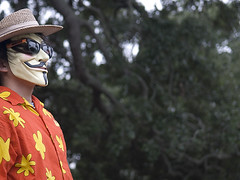 As individuals become increasingly comfortable sharing information online, they are also ceding their privacy in new — and sometimes dangerous — ways. According to a Consumer Reports survey released today, over half (52%) of social network users are oversharing online. And cybercriminals are taking note. The information shared on social networks is particularly susceptible to criminals looking to find and steal personal information.

At a panel in New York sponsored by Consumer Reports today, speakers
agreed that consumers are posting risky information online. But many
companies are exacerbating the issue with confusing — and frequently
changing — privacy policies.

Consumer Union, which publishes Consumer Reports, surveyed 2,000 households for its annual “State of the Net” report. The company found that 9% of those people who used social networks were victims of malware, identity theft, and harassment scams in the last year.

The biggest privacy breakdowns from consumers were weak passwords, overlooked privacy tools, and mentioned trips away from home. Other issues Consumer Reportrs listed were sharing entire birthdates, posting photos of children and their names.

52% of social net users disclose personal information that could lead to identity theft according to the report, including their full birthdate, home address info and photos of their children. In addition, 5.4 million online consumers gave information to phishing scams and 2.1 million were replaced due to viruses.

On Facebook, Consumer Reports found that 56% of users posted at least one piece of risky information on the site. 42% posted their birthdate, 7% posted a street address. 3% disclosed they’d be away from home. 26% posted children’s photos and names
23% didn’t use or know about privacy controls. Also, 18.4 milion Facebook members used apps. Of that number, 38% of app users were confident those apps were secure, or hadn’t even thought about it.

Participating in social networks cedes some control of where your
personal information goes online. For instance, sharing children’s
photos is an extremely popular usage in the social sphere. Individuals
may not be willing to abandon that pasttime to guarantee their privacy.

Even if they did, there’s no way to know if it would work.
That’s especially true on Facebook, where the boundaries are in a
constant state of flux.

Lee Tien from the Electronic Frontier Foundation pointed to a privacy statement from “Thefacebook” back in 2005:

“No personal information that you submit to Thefacebook will be available to any user of the web site who does not belong to at least one of the groups specified by you in your privacy settings.”

Today, your personal information can be seen by those outside your network — including a growing number of companies and marketers. But more disturbing is the fact that your friends have the right to share your information. As Tien puts it:

“Users may think they’re protecting their information, but they’re merely making it less visible (to users).”

That distinction is one reason that the Federal Trade Commission is honing in on privacy policies online right now. According to Maneesha Mithal, the FTC’s assistant director for the international division of consumer protection:

“The model we’re using right now is one of notice and choice. The idea is that if you give consumers notice, they’ll make informed choices. That hasn’t turned out to be the case.”

Consumers are interested in privacy issues online, but when it comes down to doing something about their privacy, they aren’t acting. That is one reason that many people are advocating for opt-in defaults to share information with marketers. But the inherent issue for marketers is that mass quantities of people still wouldn’t change their defaults — and the opposite problem would occur. “People wouldn’t sign up,” says Adam Ostrow, editor in chief of Mashable.

The panelists agreed that something needs to change, whether that shift comes with increased consumer advocacy or regulation. Or marketers may be forced to change their methods. Either way, passive participation online in exchange for free content is going to get increasingly problematic. Says Jeff Fox, technology reporter at Consumer Reports:

“These services aren’t free. You’re paying with your privacy. To the extent that we regard them as free, we’re ignoring the social costs.”