FunCheapSF.com is an online resource for finding free or affordable events in the San Francisco Bay Area. Founder Johnny Hayes recently shared his 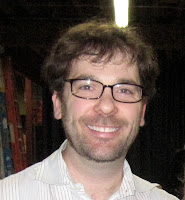 site’s story with us and gave some tips on an easy and high impact way that he’s optimized his revenue — by enabling both text and image/rich media ads.

Inside AdSense: How did FunCheapSF.com come about?
Johnny Hayes: I moved to San Francisco without a job and couldn’t find much work, so I had a lot of time on my hands. I spent my time hunting down cheap and free things to do in the city and, starting in 2003, began emailing my friends with a weekly list of activities. More friends found out and wanted to be added to my email list, so I decided it was time to make a real website.

IA: How did you get started with AdSense?
JH: I began using AdSense in March 2007. It was my first source of online advertising revenue. As content developed on my site and traffic grew, my AdSense revenue grew as well.

IA: Why did you decide to opt in to both text and image/rich media ads?
JH: Several months ago, I received an email from AdSense letting me know that I hadn’t opted in to displaying text ads and was only displaying image ads.

I had originally chosen to only show image ads because I figured they were more aesthetically appealing to my readers. But Google’s reasoning – which made sense to me – was that even though there’s tons of advertisers using image ads, there’s a bunch more out there who are specifically bidding on text ads. If I’m only showing image ads then I’m leaving the text advertisers out of the auction. And since these text ads would only be shown on my site if they outbid image ads, why not offer this space to them?

So I decided to give the text ads a shot. It seemed like an easy thing to do that might have a positive impact on my revenue with virtually no downside.

IA: What were the results? Would you recommend this strategy to other publishers?
JH: After enabling both text and image ads on my site, I saw a 51% revenue increase and nearly a 60% increase in average eCPM. It was an easy change with a big impact. And using AdSense means I don’t have to worry about the laborious task of finding and managing advertisers myself and can instead focus my time on what I like to do – writing good content, putting together a great site and growing my business. I just plugged in the AdSense code and rarely have to think about it again.

I would say to other publishers that it’s worth giving the option for both text and image ads a try. It’s pretty easy to set up – I just followed the instructions in the email I had received from AdSense and it took just a few minutes. Also, set up channels to track your ads so you can see specifically which of your ad locations and ad types are monetizing well, and continue with that.

If you want to give text and image ads a try like Johnny, click here to upgrade your units now!

Check out the images below to see where to enable both text and image ads in your account using the new AdSense interface: 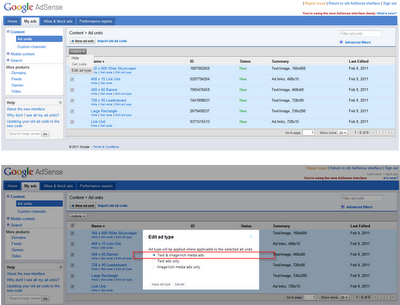