Music is a huge part of our culture at Google, and I’m really excited that the music festival season is just getting started. If you were at Coachella (which we livestreamed on YouTube this year) or have plans to go to go to another festival, you’re probably just as excited.

Musicians, record labels, and music companies are using technology to do some amazing things, like producing on-stage holograms or experimenting with new online distribution models. It’s common for artists to launch their careers on YouTube, broadcast a performance on Google+ Hangouts, or connect with their fans using social media. But beyond the tech-coolness we hear a lot about, the music community is also taking advantage of technology behind the scenes – or rather, in the cloud – to develop their businesses.

I’m proud to say that some of today’s musical entrepreneurs are using Google Apps for Business. Whether it’s having the freedom to run a new indie record label, the flexibility to manage up-and-coming music artists on tour, or the ability to collaborate across the globe, Google Apps helps these teams focus on what they love the most – the music. We want to share three stories about awesome music companies using Google Apps to grow and evolve: 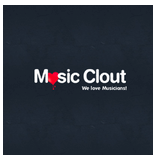 Music Clout is a startup formed by a group of guys with a die-hard passion for music. The idea is simple: create an online community that connects independent artists with music industry contacts and opportunities. They launched their company with Google Apps to make it easier to work together internally and with their team of contractors. Since their web development team works from Turkey, the combination of chat in Gmail and Hangouts allows them to instantly discuss website programming and other technicalities, while saving the team from high phone bills. 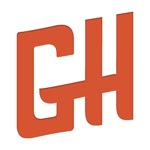 GHouse, a Boston-based record label, works with musicians from various genres, including electronic, reggae, rock, and country. Beginning as a side project by a college music student, it’s evolved into a full-time business. Initially, the team relied on a remote server and legacy software that were always stalling or crashing on them. They switched to Google Apps so that they could easily work together anytime, anywhere online, and on any device with Internet connectivity. With Google Docs, the team can easily share music tour dates and track all of their profits from the shows.

Founded in 2007, Fly South Music Group is an artist management firm out of Orlando, FL with satellite offices in Nashville and Los Angeles. The company set up Google Apps because it wanted a common platform for company email, calendars and documents that could be shared between all their clients, families, labels, tour managers and promotion coordinators. Today, it’s become essential to their workflow from scheduling to budget management with access to information from anywhere. This accessibility provides a whole new layer of transparency that keeps everyone in sync, especially while traveling around the world.

Google Apps has given these companies the built-in collaboration they need to communicate better, work smarter, and stay focused on bringing new talent and fresh ideas to the music industry.