In 1997, CareerPlanner.com founder Michael Robinson decided to pursue his passion of helping people discover their true career directions. He initially wanted to go into high schools and work directly with students, but decided instead to start a website so that he could keep his day job. Today, CareerPlanner.com helps high school students, college students, and adults alike discover their optimal career paths and learn how to start careers or make career changes. 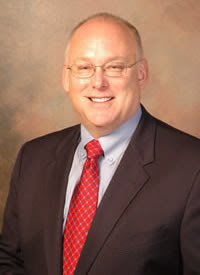 Getting more out of AdSense

Following advice from the AdSense team, Michael decided to update his AdSense ad units with the goal of increasing performance. Instead of the three 120 x 600 skyscrapers that had been running one on top another down the right side of each page, Michael began running one 160×600 wide skyscraper on the left column, one 300 x 250 medium rectangle in the center, integrated into his content below the fold, and one 160 x 600 wide skyscraper on the right column. Michael also changed the color scheme of the ad units to match the color scheme of his webpages. Initially, Michael made these changes to 75% of his pages. Within one month, his AdSense for content revenue increased 80%.

The initial revenue growth CareerPlanner.com saw in the first month inspired Michael to take the time to implement the same changes on more of his pages. Today, Michael has optimized 99% of his pages and increased his AdSense for content revenue by 165%. 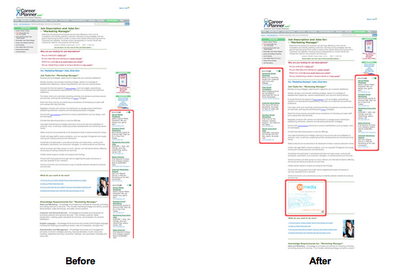 “The best news,” says Michael, “is that since we have made the optimization changes, our Google AdSense revenue has been setting new records every month.”