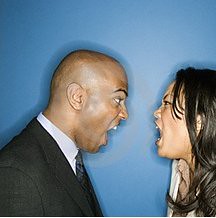 For those who haven’t noticed, rumors are swirling that the internet is becoming a warmer, fuzzier place. This idea is gaining traction among the mainstream media, where articles extolling “The New Niceness” can often be found.

Anyone who’s ever been involved in a flame war might find that hard to believe. And there are some corners of the internet that have not yet been enlightened on this new trend. As Chris Tolles, CEO of local news site Topix put it today at the BRITE conference in New York:

Topix is a top 150 site on comScore, and has gained much of its 13 million unique monthly visits from personal and local battles on the site. As Tolles puts it: “Gossip is the future.”

That is a theme that also got picked up by The New York Times today. From an article called The Rising Stars of Gossip Blogging:

“The lines between “reporter” and “blogger,” “gossip” and “news” have blurred almost beyond distinction.”

Why is that? Because people defamed online often come out to defend themselves. And watching that battle develop has become a spectator sport. As Tolles has learned, the news that matters to people is often
negative:

There are critiques of local policies, ad hominum attacks,
and a lot of general anger shared daily on Topix. As of April 2007, everyone who enters Topix can “discuss, edit and share the news that matters to them.” Topix also advertises itself as the only local news site that can deliver content by zip code.

The site performs best in areas that are not covered by major media — small towns rather than major urban areas. As Tolles says:

“Our bar is lower than anybody in New York City would accept.”

That’s one reason why Topix often gets negative feedback like this little tidbit:

“Topix prints many things that aren’t fit to print.”

But Tolles takes that as a compliment — he sees it as these battles working to unearth the truth of debates:

“I think the perfect town news for me is the mayor and the anti-mayor going at it viciously for control of the news.”

Tolles looks to Gawker, one of the only media properties that has consistently gained page views and ad dollars over the last few years, as a role model. He also posits that big media companies, from Conde Nast to Hearst and News Corp. trade in negative information.

“News is not a social good, it is a weapon.”

Many media upstarts begin their careers by throwing stones. As Tolles sees it, being nice is a privilege of established companies. But though “media is based on the dark power of people’s dislikes,”
once publications have established an audience and become part of the
establishment, fights are often fewer and further between:

“If you look at Gawker — over time, the quality has risen. The world of advertising pushes you toward quality.”

That said, Topix has a long way to go before it will be in that position. And young upstarts in the media are likely to continue their attempts to gain footing by picking fights. Says Tolles:

“I want to create a place where once we’ve gotten there, I can actually clean it up. But when you start, it’s your job to get page views.”