Since its inception, Facebook’s approach to privacy has drawn ire from users. But those complaints don’t often effect the sites popularity, which has skyrocketed since its debut as Harvard’s online yearbook.

However, Facebook’s latest expansion may actually have business repurcussions. Why? Because the site’s growth has slowed. Perhaps Facebook is starting to hit a saturation point online, but if the various groups trying to get people off Facebook find success, Facebook could be in trouble.

Every since debutting its new instant personalization feature last month, the din of ongoing Facebook privacy concerns has grown louder. And now upset users are organizing.

In addition to the ongoing anti-Facebook groups on the social network, users are increasingly looking for ways to get off Facebook. If you type “how do” into Google search today, the second option is “How do i delete my facebook account.” 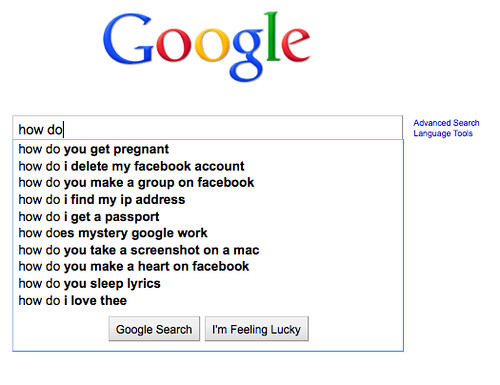 Tech blogs are increasingly upset with Facebook and its founder, Mark Zuckerberg. Silicon Alley Insider recently dredged up a college IM exchange where Zuckerberg called “TheFacebook” users “dumb fucks” for trusting him with their information. Wired thinks it’s time for a consumer generated alternative to Facebook:

“It’s time for the best of the tech community to find a way to let
people control what and how they’d like to share. Facebook’s basic
functions can be turned into protocols, and a whole set of
interoperating software and services can flourish.

Think of being able to buy your own domain name and use simple
software such as Posterous to build a profile page in the style of your
liking. You’d get to control what unknown people get to see, while the
people you befriend see a different, more intimate page. They could be
using a free service that’s ad-supported, which could be offered by
Yahoo, Google, Microsoft, a bevy of startups or web-hosting services
like Dreamhost.”

Meanwhile, a few NYU students looking to build a Facebook alternative
have already raised more than 7,000 from small donations on Kickstarter.

And forget about Memorial Day. May 31 is now being designated Quit Facebook
Day.

But beyond a techie uprising, there is a larger movement afoot
to stop Facebook’s anti-privacy expansions. 14

privacy groups have filed a unfair-trade complaint with the FTC
against
Facebook. Even the EU is weighing in.

The real tip that Facebook could have problems in the future is its user base. Since announcing the instant personalization changeslast month,
Facebook has gained over 10 million users. That’s a respectable number.
But it’s less than typical. According to Danny Sullivan at SearchEngineLand:

Facebook insists that it’s current active user number is not accurate enough to extrapolate real growth data. If that’s true, it will be a few more weeks before the effects of user outrage on Facebook’s busines can be properly be estimated.
But it’s interesting to see how Facebook is handling the issue. It used to be that social neworks were wary of fallling into the Friendster trap of digital oblivion. Now Facebook seems so confident in its status as the keeper of people’s social information online, that it is dictating the terms of its relationship with consumers. Until now, users have complained, but gone along with Facebook’s changing approach to privacy. But that too can change.
Images: Facebook, Google