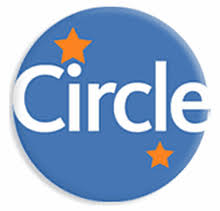 How many small businesses have done a deal at this point? Twelve percent, according to a new survey of 2,500 SMBs by MerchantCircle. That’s about a third higher than MerchantCircle’s June survey.

The survey also found a lot of Facebook ad usage. About 23 percent of local merchants report having tried Facebook Ads to date, which is 5 percent higher than in June. Sixty-two percent said they would use Facebook Ads again, citing ease of use (again, 62 percent) and the ability to start and stop campaigns (55 percent). Those that won’t do it again say it didn’t do much for customer acquisition (66 percent) and the ads were too expensive (41 percent).

Despite the Internet horror stories of bagel stores and cupcake stores going under because they oversold on Groupon and other deals sites, deals generally work well for SMBs. About 75 percent of respondents say they would offer another deal in the future. Sixty-one percent cited customer acquisition as the best thing about deals. Thirty-seven percent also said that deal profitability was a major reason to do another deal, up from 24 percent in June.

When choosing a deals publisher, 64 percent of the SMBs cite costs (i.e., commissions) as their top consideration. Local targeting was cited by 57 percent, and local reach was cited by 52 percent.

What is especially surprising in the survey is how many deal-using SMBs report having tried Google Offers, which just launched this summer and is now past 30 markets. Nineteen percent of deal-using merchants have already tried Google Offers, compared with 26 percent for Groupon and 21 percent for LivingSocial. Forty-three percent have tried other deal providers. We know from experience that many SMBs don’t actually know what vendors they use for different things, so we’d suggest some room for margin of error here.