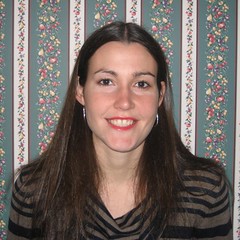 As
chief operating officer of DoSomething.org, Aria Finger is tuned in to what it
takes to get the attention of young people.

We talked with her recently about
how the organization approaches its partnerships with brands and how it uses an
integrated online and offline marketing strategy to inspire volunteerism.

Describe
what DoSomething.org does

It’s
one of the largest organizations in the U.S. and Canada for young people and
social change. Our whole goal is to get young people (under 25s, but mainly teenagers) to act by making it as easy
as possible, as accessible as possible, and as fun as possible. If it’s not fun
and rewarding, young people will not get involved.

How
do you operate?

Some
programs really go after the “presidents.” These are the high achievers at the
top of the bell curves. The kids who are starting their own non-profits,
winning awards, and other great stuff.

Our
main goal is the “vice presidents” and the followers. These are kids who care
about making a difference but may need a push or some inspiration to get
started.

The
vast majority of young people care. Whether they want to clean up the oceans
because they’re surfers or maybe their aunt had breast cancer so they want to
spread awareness. We know they care, but the vice presidents and followers need
a little help.

Last
year, 1.2m people took action through our program.  This year we want to focus on even more
young people becoming members and feeling a connection to Do Something.

If we have their contact information as members,
we can reach out to these teens all year long and give them ways to take action
around causes they care about or launch an emergency response for a recent
natural disaster.

It’s
a scale play. Our goal for 2011 is 2m young people taking action by the
end of the year.

How
will that work?

We
have national cause campaigns, at least one every single month. Our Teens for
Jeans campaign launched with Aéropostale is a perfect example of one of those
campaigns.

Young people drop off their gently used jeans at any Aero store and
we make sure they get to a local homeless teenager within 20 miles of that
store. One school collected over
3,300 pairs of jeans for local teens. We threw them a pizza party and awarded
them $ 5,000.

What
are the benefits of membership?

We
want to make sure that we’re recognizing ALL the young people that are a part
of Do Something, whether you started your own not-for-profit or you volunteer
at a soup kitchen once a month.

We
give them recognition on our homepage as a highlighted grant winner or a
project of the day. In addition,
we have lots of grants, scholarships, discounts and other incentives to keep
people excited and reporting back.

How
do you sustain DoSomething?

80%
is corporate funded. We sustain it through cause marketing campaigns with
companies like Staples, HP, Aéropostale, VH1 and Johnson & Johnson.

What
have you found to be successful hooks?

A
lot of corporations want to target teenagers. There’s lots of spending power.
They also see this generation really cares about cause. They know they can’t
just throw a logo on a campaign. They need to create a true authentic campaign.

Take
the Staples summer school supply drive. It’s not about buying, it’s doing
something. Getting school supplies
to kids who need them. Staples has also seen the benefits of long-term
commitment. They’ve been with us four years. Every year it gets bigger.

How
does the deal work?

It’s
a true partnership. They give a donation to DoSomething.org and we work
together on this campaign. Our joint goal is to get as many teens as possible
running school supply drives. Last year we donated over $ 750,000 worth of
supplies to local boys and girls clubs.

We
bring teen expertise. We build a microsite. Staples brings everything they
have, 1,400 stores across the country. They create drop-off bins. Do Something
gets a celebrity. We run a volunteer campaign.

How
are you building awareness among teens?

A
lot try to bring teens to their site or microsite. That can work. The better
solution is to go where they are. We have clubs. We have the fifth largest
charity on Twitter, more than 400,000 followers. We also have a mobile database.
Close to 60,000 are in our mobile database.

How
did you get them to sign up for the mobile database?

Teenagers
don’t open emails. They send on average over 3,000 texts a month. They open
every single one of them. We make public service announcements with celebrity
spokespeople to get signups.

For
Battle of the Bands, Amber Riley (Mercedes
Jones of Glee) did a PSA on YouTube, vh1, and Channel One. Text “BATTLE” to 30664.

Something
else about reaching teens. Everybody talks about a 360 strategy. Twitter, Facebook,
mobile, email. They’ve been sending out the same messages to each of those
media. The real way to go is to respect the medium and what it should be used
for.

Twitter
should be used to create buzz. On the other side of the coin, Facebook is a
great place to have debate and conversation. During the State of the Union, we
posted a new question every minute and had real-time discussion.

Email
is more of a push mechanism and you don’t have such great open rates. On
mobile, we often ask questions. When we ask we respond immediately. Teens
expect an answer in five minutes.

What
kind of support does that require?

Currently
we’re growing our support. We’re just 24 people. We have a dedicated team of 20
interns that help out. One person is dedicated to user experience. Everyone is
involved with answering emails and mobile.

Do
you consider yourself a digital company?

The digital world is a means to our
end. When we started, the internet
was just in its infancy and we still succeeded, but yes, in today’s world keeping
up with the current technologies that teens use is essential.

For example, you can also check out all of our
widgets at DoSomething.org/widgets.
The one we focus on is the first one – the Act Now matrix where we point
young people towards action guides that can help them make a difference in
their communities.

How
do you integrate offline?

At
DoSomething our whole goal is offline activism – to use these communications to
get people to do stuff offline.  We
want them to report back online. We do use incentives to get the reports.
The incentives we use are discounts with our sponsors, free Do Something
T-Shirts, signed celebrity swag, tickets to the Do Something Awards, etc.

How
have you evolved the website based on what you’ve learned over the years is
effective?

We
moved the section where our young people report their project and made it a
button. We have almost 30,000 projects and thought it was interesting. It’s one of the most heavily clicked buttons because kids love seeing
what other kids are doing. Joe gets inspiration when he sees what Ashley is
doing.

We
did a revamp and made it open source. People can request access to the API and
build upon it.

For
example, the ASPCA can build on top of our API and build in just the animal
projects from our website on their site.
The biggest thing we’ve learned is a lot of people try to keep their secrets
close to the vest.  We have a
creative commons license and open it up to others.

Do
you have a YouTube channel and if so, what do you do with it?

We
found that whether people like it or not, celebrities do matter. Especially
with young people. Each month, a new celebrity is featured on Dosomething1 where you’ll see all our celebrity
PSAs.

The
Do Something Awards this past year were hosted
by Jane Lynch of Glee. It’s going to be on again this year in August. We
highlight five amazing young people. Four of them win $ 10,000 and the grand
prize winner wins $ 100,000 for their nonprofit. These are nonprofits they’ve created.

Two
years ago, Maggie took a gap year after high school. She saw the orphans in
Nepal and couldn’t imagine. She deferred a year, called her parents and said, “Hey.
That $ 5,000 in babysitting money I was saving? Send it to me.” She used it to buy
a plot of land and opened an orphanage and is now a guardian for 30 Nepalese
students and she opened a school. She’s like Mother Teresa. She’s so
humble, so inspirational.

Maggie
is one of the presidents. She’s a rock star.

Not
everyone can be a Maggie. We like to say “Look what Maggie did. What inspires
you?” Help young people do whatever they want for their cause.

How
long has DoSomething been around?

For
18 years. It was founded by Andrew Shue (the Melrose Place actor who also founded Café
Mom). When
we were founded in 1993, not a lot of celebrities were talking about charity.

What
advice do you have for businesses about what to look for in a partnership deal?


You
need to do something unique. I’m not knocking the breast cancer people. But you
want to carve out a niche for yourself. Just making your product pink is not
going to give you the authenticity you want. You have to go further than that
and integrate that messaging into the entire campaign.

Ask what nonprofit is a good fit for
you, your employees, as well as stakeholders.  It’s a great way to encourage employee retention.

Aéropostale
Teens for Jeans in
January and February is one of their favorite times of the year. It’s not only
a bonus for Aéropostale consumers but also for employees. Be very strategic
about that. Don’t jump on the cause of the moment. (Here’s the microsite.)

From
both sides, make it a true partnership. Everytime we’ve been most successful
it’s when we’ve both done something together. The business needs to trust that
the non-profit knows how to do its job and vice versa.

How
do you keep up with your audience interests?

We do
a quarterly survey and ask for feedback constantly. Don’t forget to use that
data to drive what you do.

In
this era it’s important to listen to your consumers when it comes to cause. We
have a super advisory council of 30 students. We run every aspect by them.
Campaign name. Sponsor. If they say no, we don’t do it.