Despite its relative youth, Google+ now has over 100 million signed up user accounts and many big brands have at least created a presence on the site.

But you might expect major media sites to be leading the way, given the potential to share content and drive traffic. So how well are national newspapers in the UK and US doing when it comes to Google+, and who’s leading the way?

To find out, we at Searchmetrics studied the Google+ visibility of the top 13 UK national newspaper websites and ten leading US counterparts.

We checked each newspaper to see if it had a Google+ page, how many followers it had and finally how often  content from its web site is recommended (through the +1 button), using our global social media database.

The Financial Times has most followers 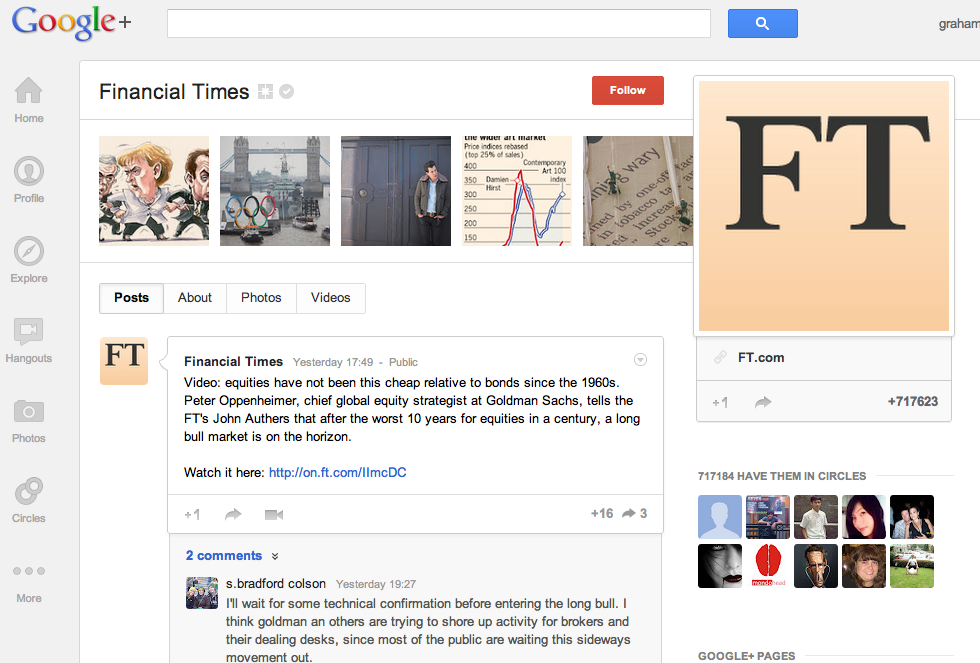 The FT’s high percentage of international coverage could be a significant factor in its leadership when it comes to followers.

Google + is expanding incredibly rapidly in the UK

We originally analysed the UK papers on Google+ in w/c 19th March, while for the US papers it was on 2nd April. When we updated the data for this blog post, we found that the growth has been impressive.

However despite this growth there are still four national UK newspapers,  The Times, Sun, Daily Express and Daily Star, without Google+ pages, meaning they are missing out on potential followers and traffic.

Following isn’t the same as sharing

While the FT has the largest number of followers this doesn’t necessarily equate to content sharing,possibly due to its paywall restrictions.

Our weekly data shows that content from the New York Times (nytimes.com) and Daily Mail (Dailymail.co.uk) websites received the most +1 recommendations.

Nytimes.com, which drops its paywall for links from Google+ and other sites, received an average of 26,665 +1s per week, while in the UK the Dailymail.co.uk averaged a weekly 10,493 +1s.

We all know that getting your content shared or recommended on social networks such as Google+  helps to generate traffic. But, the search industry is increasingly aware that it also has an impact on how sites rank and are positioned in search results.

I think we can expect more of the same. So media owners and other big brands who are not fully embracing Google+ need to get in on the act.