What is Google Plus?

Google Plus is the latest social networking website to hit the internet. The fact that it is from Google should have been enough evidence to prove that it would be a big thing; just like other products from Google.

Though the site is still young, all Gmail users have instant access to Google Plus, which is partly responsible for the rapid rise in users. Some experts have said that Google Plus is more engaging and compelling than Facebook due to its easy sharing and connection features. 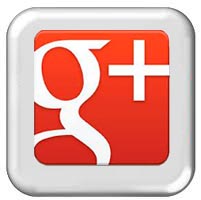 Google Plus, most of the time abbreviated as G+ or Google+, is a new social networking and identity services site run by Google. Originally, the site was opened in June, 2011 but was soon closed due to overwhelming numbers demanding for new accounts. Google Plus was later opened in September to people of age 18 years and above without the need for invitations.

Google Plus is the integration of a number of existing services such as Google Buzz and Google Profiles, with an introduction of new services such as Circles, Sparks, Hangouts, among many others.

But they may have cracked the code this time. There are very interesting features offered by Google Plus, which is the reason why it is causing so much buzz online.

Before you start wondering why you need Google Plus in your business, we should look at some statistics showing its progress and where numbers stand now.

In addition, the audience on Google Plus is, per StatisticBrain:

Relevance of Google Plus to Businesses

It is not a question of whether or not you want to join Google Plus as a business owner. The most important thing in your business is marketing and knowing where your customers are. In this internet-controlled world, you should use any means necessary to reach your customers online.

To be successful in marketing your local business, you have to move with technology and even if you only attract 10 new customers via Google Plus, the account is worth it.

In efforts to maintain a customer base and attract new prospects you should be in constant communication with them. Google Plus gives your business an opportunity to take your marketing messages where your target audience is spending their time.

Google Plus is as effective as any of the three major social networks and can assist your small business a great deal. If you are looking to boost your business, you should conduct research to see how many potential customers you can reach through the use of Google Plus.

This could be the next big thing in Internet marketing, so don’t get left behind.

If you are struggling to market your business with Google+, call Blue Square Management on 01689 602 248 today to discuss your needs or email us.

Videos To Help You Market Your Business Online