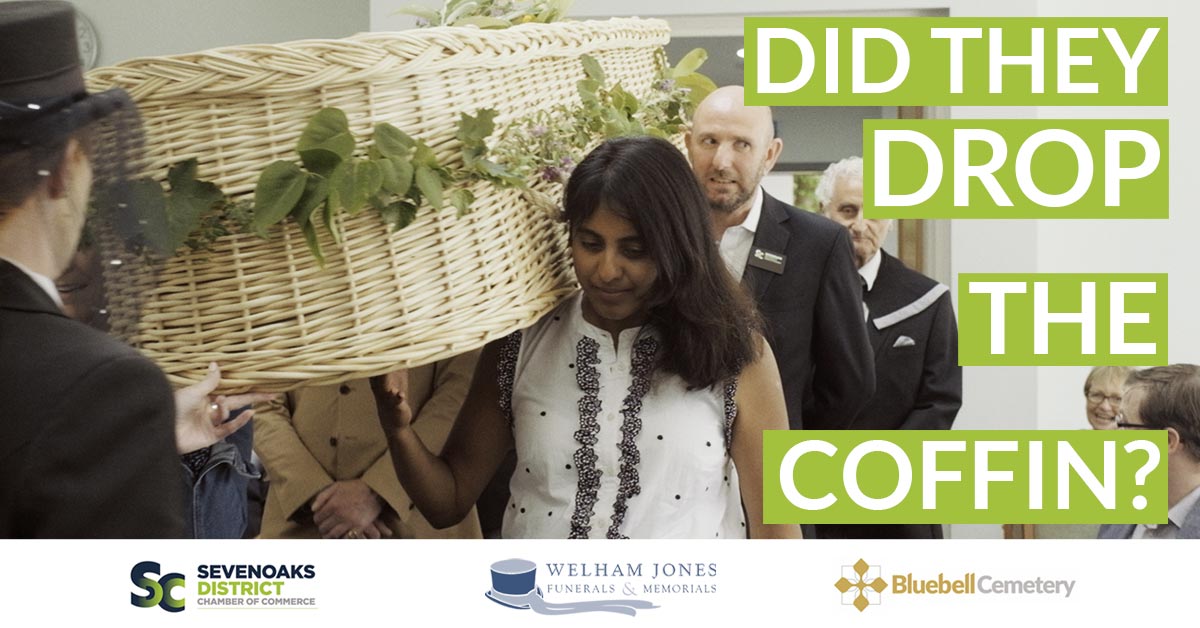 Tell Your Business Story with Video

Every first Wednesday of the month, the Sevenoaks District Chamber of Commerce hold a business networking event, locally in the Sevenoaks area. In July, this event was held at probably the most unusual and most unlikely venue you could imagine … a cemetery. To be more precise, the Bluebell Cemetery in Halstead, near Sevenoaks.

Blue Square Management is not only a video production company Kent, but we are also a proud member of the Sevenoaks Chamber of Commerce. So we decided to film the morning. I was not expecting, nor am I sure were the other chamber members, what was demonstrated by Welham Jones.

Welham Jones decided to do things a little differently. No PowerPoint presentations, oh no. Their “presentation” was in the form of The Generation Game. Those of us of a certain age (me included : 0 ( ) will remember the Generation Game, hosted by Bruce Forsyth (as well as Larry Grayson and Jim Davidson).

Welham Jones went first to show the audience how a funeral was carried out. The coffin weight was simulated by a number of reams of paper. It was carried from the hearse outside into the chapel and placed on to the catafalque. Respectfully and very professionally.

Volunteers were then asked for. Four willing chamber members stepped forward. They were shown and briefed on how to carry the coffin. But they were not expecting it to be so heavy…

Watch the video below to see how they did …

You can just hear Bruce Forsyth say “didn’t they do well!“

Video For Your Kent Business

Are you considering having a video produced for your Kent business? If you are and want to learn more about how a video can help your business, contact Blue Square Management today.

Be kept up to date with all the latest digital marketing news, hints and tips.
0Shares
About the author